The Moment Sweden Lost a Staggering 20% of its Population 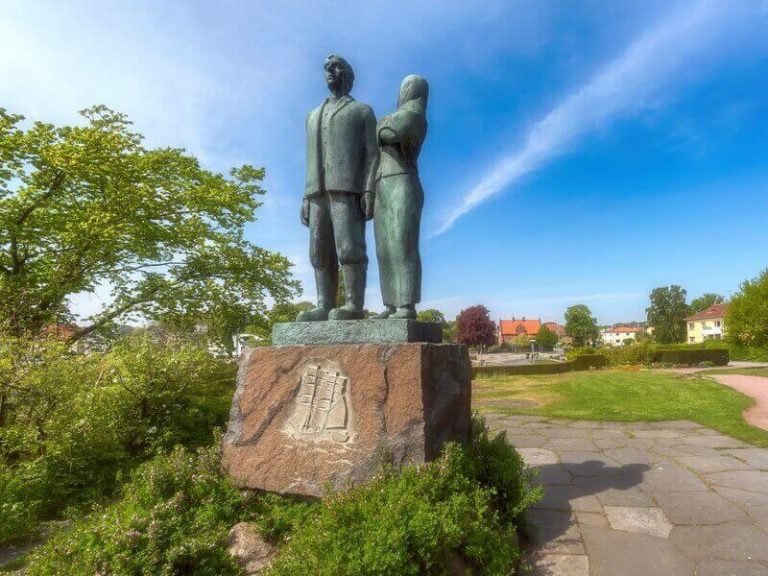 Reflecting on the Past

People know the world famous Ellis Island in New York City. But points of origin of migration are just as important as their destinations. Their origins represent the sacrifices migrants made when they left their homelands. One such stark reminder for so many people who had this experience can be found on a hill in the small coastal city of Karlshamn, Sweden. A statue that depicts two fictional migrants stands tall, reflecting the migration experience that over a million Swedes went through almost 200 years ago. For many migrants, the hill was the last glimpse they had of their homeland, and today provides insight into the intense, difficult, and exciting emotions that Swedish migrants have felt for countless generations.

Swedish Migration in the 19th Century

From the mid-19th century to the mid-20th century, an estimated 1.25 million Swedes left their home country to live in America. At the time, Sweden’s population was growing at such a rapid pace that the land could not support it. The nation relied heavily on agriculture, and 90 per cent of its population lived on farmland. Famine became prevalent, leading to the death of 2.2% of the population. The issue of starvation, as well as a lack of resources, little religious freedom, strong political pressure, and few employee rights, were all push factors for many Swedes. On the other hand, letters to Swedes from those who had already immigrated to the U.S. spoke of the new country’s many pull factors, from its huge mass of land to its greater religious freedom, progressive democracy, and better support for workers. America was an appealing alternative for many Swedes who wanted to lead a safer life for themselves and their families. But while many migrants adapted to their new home and established Swedish culture (in areas such as Minnesota), many struggled. Around 10 per cent returned to Sweden at some point, and those who did not, still had to adjust to new lives in a new country.

A century after the mass emigration, Swedish author Vilhelm Moberg encapsulated the reasoning behind the phenomenon, the ups and downs of American living, and the overall Swedish migrant experience in his four-book series The Emigrants. The Emigrants tells a story of hardship, poverty, death, and so much more through the lens of Karl Oskar Nilsson, his wife Kristina Johansdotter, and their children as they make their way from their rural Swedish town to America in the 1850s to escape starvation after their daughter’s death. Like so many other Swedish emigrants, they found themselves departing from Sweden at a port in the town of Karlshamn. It was a popular port for many emigrating Swedes. Their last sight of their ancestral home was a beautiful hill near the port. Even today, this hill hosts a reminder of the impactful migration of Swedes to the U.S. Together, Moberg’s characters Karl Oskar and Kristina stand, memorialized as a statue since 1959, on this hill that was the last view of home for so many.

The Municipality of Karlshamn

Karlshamn is a cozy town in the southeastern part of Sweden. While relatively small, it has played infamous parts in the nation’s history. Karlshamm has been involved in the tobacco industry and the liquor industry with its production of punsch, and boasts centuries-old buildings the Swedish army has used for the defense against other nations around the Baltic Sea. Karlshamn is integral to  Swedish history, largely due to its location on the coast and proximity to neighboring countries like Denmark. Karlshamn has developed rapidly along the globalization and modernization of the past decades, but has always kept much of its history by preserving records, architecture, and an astonishing collection of art.

Emigration to America was not a simple task, and many struggled with the doubts of sacrifice for seemingly material gains in a whole new land. The Emigrants replicates the emotions that many migrants faced in the mid-1800s. For Karl Oskar, his family’s new life in America was a chance to escape famine, death, and grueling labour. It was a chance to start anew with a greater sense of individualism that Swedish economic and social settings did not allow him and so many others. Moberg placed an extensive and years’ long effort into creating an accurate depiction of Swedish migrants’ lives in the states, exemplified through Karl Oskar. At the same time, he highlighted a different experience through Karl Oskar’s wife, Kristina. Throughout The Emigrants, Kristina struggles to come to terms with leaving her homeland. She is doubtful about her family’s migration until the day she dies. After all, a new life in a new country means adapting to different social standards and sometimes even creating a new identity.

The Emigrants statue in Karlshamn now remains as a physical depiction of the emotions felt by so many Swedish emigrants. In the statue, Karl Oskar stares forward, out towards the future and the opportunities it will present in America. At the same time, Kristina stares back towards her home country and everything it represents. In one part of his series, Moberg describes Kristina’s feelings for the two countries, writing: “Sweden was home. It ought to be just the opposite … She had moved, but she could not make the two countries move, the countries lay where they had lain before – one had always to her been away, the other would always remain home.” For the many migrants that journeyed to America from the ports of Karlshamn, the final reminder of their “home” was of the city’s hill. It would remain the last sight of their homeland. Today, the statue of Oskar and Kristina represents those migrants and all they sacrificed to make a life for themselves and their families. While Karlshamn has changed through the years, the statue remains an homage to all the migrants who stepped off Karlshamn’s shores and sailed to an unknown land. 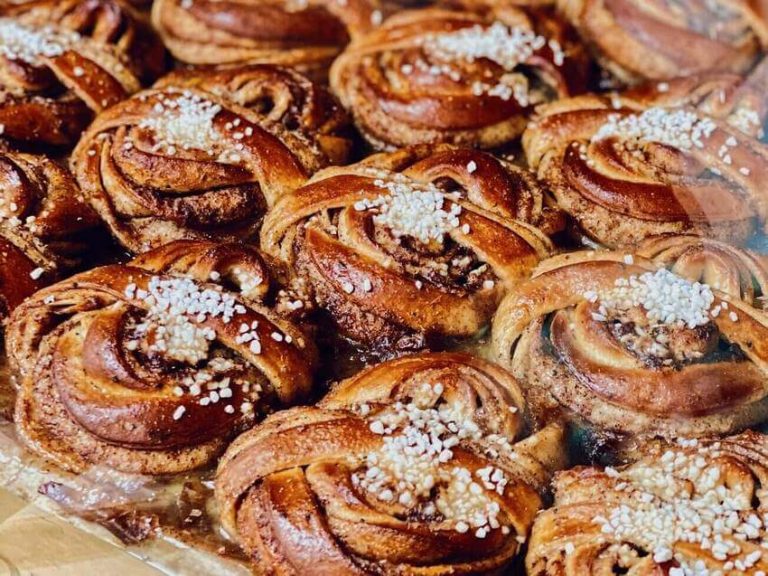 A sweet secret to Swedish success