When History is - Literally - Unearthed 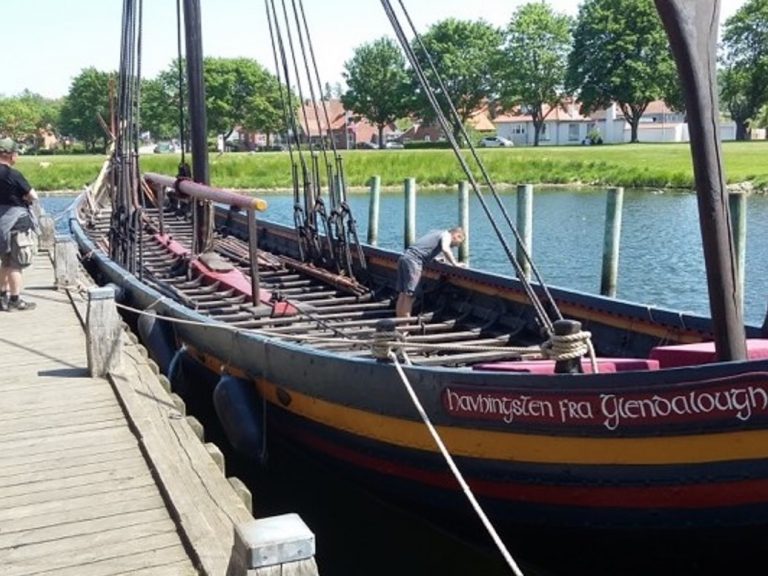 A Viking Fortress Rises out of the Mists of History

A Norwegian trade ship pulls into the narrow Lillebælt through the early-morning mist. The sail is down, and only two people are rowing; they do not want to get fined for breaking Chieftain’s rules. On the hill above, the steep defensive wall towers all. It is made of spikes, sharpened to a vicious point. From inside the tower comes the glow of wealthy fires and the sound of boisterous voices that spill out of the grand, guarded gates, down to the water’s edge. Another ship is passing on its way East, and will trade walrus tusks and warm furs from the frozen North for coloured cloths and spices from the ancient city of Byzantium. Recent excavations at Erritsø in the town of Fredericia, Denmark, have revealed a formidable Viking fortress that changes what most historians know about the country’s early years. Although the site cannot be visited due to ongoing excavations, it reveals a fascinating history. And the region still has many interesting marine-related attractions. Let us find out what life was like all those years ago and what the region has to offer today.

Discoveries have found the site would have been home to powerful leaders and their followers as far back as the 7th century, with occupation over at least 150 years. Central to the site is the evidence of two longhouses, both 40-50 metres long, about the same length as two double-decker buses. These rectangular, turf-roofed halls were the central building of a farm, around which much of mediaeval Scandinavian society was based. Longhouses were centres of community and power, as chieftains at the time relied on being able to keep large numbers of loyal followers for military strength. The long house was therefore a symbol of a chieftain’s hospitality and generosity and a vital element of their legitimacy as a leader.

Evidence shows there were two longhouses at Erritsø, but it is likely that they were not contemporary with each other. The earlier longhouse is thought to have been built sometime in the 8th, or possibly even the late 7th century, the same century as the famous helmet and other treasures were laid in the ground at Sutton Hoo in Suffolk. The settlement at Erritsø then expanded around the end of the 8th century when the second longhouse was built and the first abandoned. A moat and palisade were also built around the longhouse, as well as an enclosure and smaller buildings which have been interpreted as a temple and ritual space. In addition to this, there were a number of smaller ‘sunken-featured buildings’ which show evidence of handicrafts. Dirhams, coins from the Middle East, were found in the excavations at Erritsø. The coins are evidence of the site’s connection to a wide trade network. This was a medieval cosmopolitan hub; a hive of wealth, information and power.

Just like all these centuries ago, the location of Erritsø remains geographically strategic. It lies on top of a natural high point in the landscape, giving views for miles around. Crucially, Erritsø is situated at the top end of the Lillebælt strait. Lillebælt, (literally ‘little belt’) is one of three straits which connect the Baltic Sea with the Kattegat and the wider North Sea. Today it is a protected area with a large population of whales and porpoises, but at the time when the stronghold at Erritsø was inhabited, it was a superhighway. Trade was a maritime endeavour in the mediaeval period, and the Lillebælt was a vital link between the Baltic Sea and the rest of Europe. Erritsø lies at the narrowest point of the Lillebælt, meaning its rulers had control of all sea traffic travelling through the strait. With such an astonishing history and unique location what is life in Lillebælt  like today?

The seas surrounding Lillebælt’s coast still play a paramount role in its life today. Rather than spotting a Norwegian trade ship sailing towards Ancient Greece, visitors looking out to sea are now more likely to spot porpoises playfully shooting through the water. With a similar appearance to dolphins, these little whales can be seen on a awe-inspiring Whale Safari. Alternatively, a taste of the more recent shipping industry can be experienced at one of the region’s harbours. Harbours were founded in Fredericia in 1811, Middelfart in 1836, and Kolding in 1843 – all of are located in Lillebælt and boast spectacular castles and museums.

A Light in the Dark

Written records in mediaeval Scandinavia are sparse, and so most information comes from sources in other countries. This means that finds such as the settlement at Erritsø give invaluable information about the structure of society in the early medieval period. The unearthed workshops and foreign coins show an international centre of trade and industry. Today, it is craftsmen and local shops that keep Fredericia’s tradition alive. One can watch how jewellery is handcrafted right in the centre of town, or purchase tea that sailed the same routes as its ancient predecessor all those centuries ago. And for those who want to delve into the history even more, there are book shops that await the curious visitor.

Another Piece of the Puzzle

Many of Erritsø’s mysteries will remain hidden, but the excavations and the research into the finds which are still underway will undoubtedly continue to hold important significance for Denmark’s history. Even though it cannot (yet) be visited, the excavation site exemplifies the rich history and culture of the Lillebælt. From whale safaris to 200-year old harbours, the region’s maritime past (and present) is truly unique. 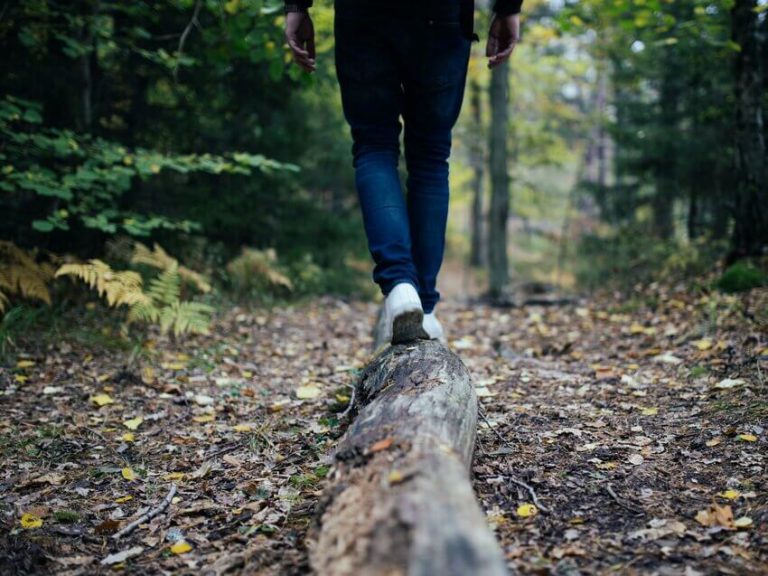