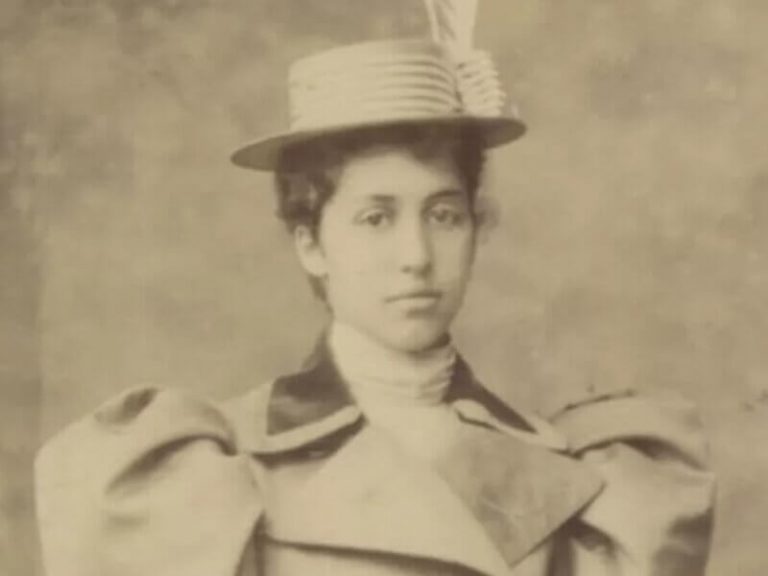 A Place in History

Even if you are familiar with the history of women’s suffrage in the UK you may never have heard of Sophia Duleep Singh. Descendant of Indian royalty and goddaughter of Queen Victoria, Duleep was focal to the British suffragette movement – a turning point in the emancipation of women. Committed to fighting for the equality of others, Duleep used her public position to attract attention to her activism despite the great cost that it posed to her.

An Indian Princess and English Aristocrat

Born in 1876, Sophia Duleep Singh was the daughter of Maharaja Duleep Singh and Maharani Bamba. Her father, Maharaja Duleep Singh was the last Maharaja (Indian prince), of Punjab before it was annexed in 1849 and he was deposed to Britain. Her mother Maharani was the illegitimate daughter of a German banker and Ethiopian slave. Sophia’s paternal grandfather, Maharaja Ranjit Singh was the leader of the Sikh Empire, the state governing over the Indian subcontinent in the 18th century. According to the Royal Welsh Museum, Ranjit was known as a very kind and brave king, who did a lot to help his people prosper. It was he who later inspired Duleep to devote her life to helping others.

Duleep’s father’s charismatic personality deeply fascinated Queen Victoria upon their first meeting in 1854. This brought him into her inner circle and awarded him an income by the monarchy. This meant that Duleep and her 6 siblings grew up comfortably enjoying the extravagant lifestyle of English high society. Named the goddaughter to Queen Victoria, Duleep spent her early childhood growing up on a beautiful estate in Sussex.

Despite her father’s extravagant lifestyle, according to Anita Anand’s biographical book Sophia: Princess, Suffragette, Revolutionary, he ultimately resented the British imperialism that stripped him of his inheritance. In 1877, he went so far as to make a failed attempt at reclaiming his royalty. Following this, Duleep’s parents became estranged— her father moved away to France and her mother became  an alcoholic and died shortly after in 1887. Thanks to the family’s close relationship with Queen Victoria, Duleep and her siblings were given houses and incomes by the state, allowing  them to continue to enjoy their lavish lifestyles. Duleep became well-known within popular magazines as a fashionable sweetheart of the English aristocracy. She had a reputation as a socialite that attended every party on the social calendar and was often noticed for her modern fashion, such as wearing pearls in her hair.

In 1907, Duleep embarked on her first-ever journey to India. On this journey, she was confronted with the legacy of her family’s history and what had been lost. Her once prosperous country that she sought to inherit, had been reduced to devastating levels of poverty and disease. This was thanks to the UK — the country that granted her a prosperous life. Anand details how entries from Duleep’s diary portray the profoundly transformative impact of this trip. For the first time, Duleep was able to connect with her history, culture and people. After learning about the legacy of justice and prosperity that her grandfather Ranjit left behind, she was heartbroken by the devastation that her people were being subjected to.

The Transition From Aristocrat to Activist

Duleep returned home, motivated by what she had seen and inspired by her Sikh faith’s values of humility, compassion, and generosity. Sophia had seen first-hand the subordination that women were experiencing in society. For instance, her sister was forced to leave medical school because medicine was deemed ‘too complicated’ for a woman’s brain. She recognized  a parallel between the cries of her people and the suffragettes. She decided to join the Women’s Society for Social and Political Union (WSPU), a group fighting for women’s voices in society. Duleep quickly became very active in the public eye and was often spotted selling The Suffragette newspaper shouting ‘REVOLUTION! ’. Duleep also became a well-known and vocal member of the Women’s Tax Reform League (WTRL), who refused to pay their taxes until women were afforded the right to vote. She even had to appear at Feltham Police Court for her refusal to pay various taxes. Although she was only given a fine, these actions went beyond her prescribed status, risking her freedom, lifestyle, and relationships.

Friday, Nov.18, 1910,  was a cold autumn day in central London. Headed by suffragette activist Emily Pankhurst, Duleep, 11 of the most celebrated suffragettes and hundreds of supporters, lead a march on the Houses of Parliament. They carried banners painted with phrases such as, “Arise go forth and conquer,” in protest of the government’s rejection of the first Conciliation Bill that would begin to award voting rights to some women. By this point, Duleep had become the modern equivalent of an international celebrity because of her social status and involvement in the suffragette movement. Although the women marched peacefully, they were met by 1000 policemen and violence and turmoil ensued.

During the chaos, Duleep witnessed a woman being violently assaulted by a police officer. She put herself between the officer and the woman. Although the policeman ceased, Duleep made a note of his badge number and later submitted a formal letter of complaint against him. This letter was addressed directly to Winston Churchill, the Home Secretary at the time, and illustrated the violence in great detail. Churchill was incredibly embarrassed to receive such a letter from a woman like Duleep.

The State Opening of Parliament

On February 6th, 1911, UK Prime Minister Asquith arrived for Prince George’s speech in the State Opening of Parliament. Blended in among thousands of onlookers, Duleep was able to get to the front of the crowd unnoticed. Exposing a poster saying ‘Votes for women,’ Duleep slammed her body against the Prime Minister’s car in front of thousands of people. She was arrested, all the while screaming suffragette slogans. Although she was released without charge, Duleep’s actions were a great embarrassment to the state — the Queen’s goddaughter, a suffragette deviant,  was arrested on the day of the prince’s speech in Parliament. Imagine.

In 1928, Duleep’s dream became a reality when women over 21 were finally given the same voting rights as men in the UK. Today there are 225 women in the House of Commons, making up 35 per cent of total MPs. This is the highest percentage ever in the British Parliament. It is the courage of suffragettes like Duleep, which helped to shift the balance of power forever in the UK. Although her dedication to the Suffragette movement was Duleep’s main vocation, her social position allowed her philanthropy to extend across other areas of justice. She campaigned for Indian independence and according to the podcast Empire even went to great lengths to volunteer as a nurse aiding wounded Indian soldiers in the First World War who were fighting on behalf of the British at Brighton Pavilion. Duleep  was a woman who committed her life to helping others despite the immense personal cost that it posed to her. Although her story is commonly forgotten in Suffragette history, what she helped achieve for women should never be overlooked. 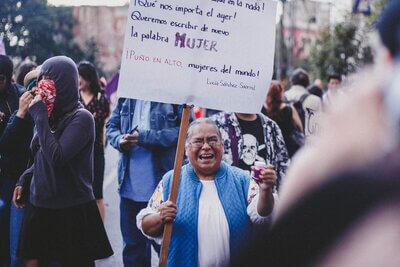 Peace in Mexico - the women who make it happen
Read now