A brief history of modern Ukraine 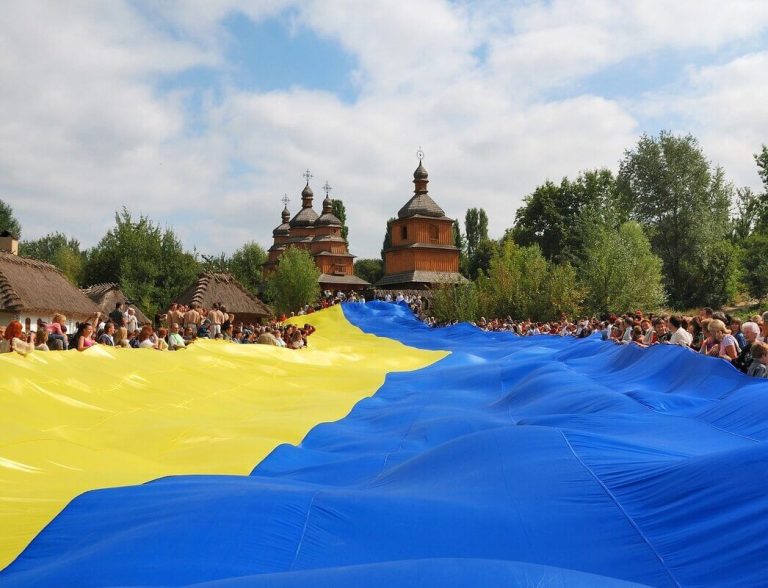 In the wake of the Russian Revolution of 1917 most of modern-day Ukraine became incorporated into the Soviet Union at the USSR’s founding on 30th December 1922. Its rich oil, gas and mineral resources, alongside some of the most fertile soils in the world, were to make it an invaluable part of the USSR for decades to come. Aside from Russia, Ukraine certainly was the second most important constituent country within the Soviet Union. The coming two decades were to leave painful marks on Ukraine and its people, inflicted both from the outside and inside.

The pain of the people

It is the year 1932 and large parts of the Soviet Union experience a famine that millions of people would fall victim to. Due to its fertile soil, Ukrainians could usually fend for themselves. But most of the crops that had not been left unharvested due Soviet mismanagement were shipped to other parts of the USSR, leaving an estimated 7-10 million Ukrainians to starve to death, according to investigations and statements by 25 countries made to the UN in 2003. This famine would become known as the Holodomor. Less than 10 years later, Ukraine would become victim of another kind of atrocity altogether: World War II. As Nazi Germany attacked the USSR and German soldiers an SS units ruthlessly ravaged through towns and villages, an estimated 5 million Ukrainian civilians lost their lives, including over 1 million Ukrainian Jews. Moreover, 1.6 million Ukrainian soldiers died fighting Germany as part of the Red Army. As we all know, the Soviet flag ultimately was hoisted victoriously in Berlin in 1945. Europe was freed from Fascism. World War II was history. With the war’s end emerged the period of the Iron Curtain.

The Cold War years solidified Ukraine’s importance within the Soviet Union given that it was the bread basket of the country and located strategically close to NATO. Its location at the Black Sea made it an ideal home to military bases and modern weapons systems as the Iron Curtain fell divided not only Europe but the world. Another geographical asset of Ukraine is that it borders the Black Sea, a critical naval hub that allows for access to the Mediterranean. Access to these waters not only sparked trade for the USSR, but it also provided power projection across the region. Despite Ukraine's burgeoning geographic importance, with the fall of the Soviet Union, the relationship between the Eastern countries tremendously changed, laying the foundations for a new Ukraine.

Independence and the collapse of the Soviet Union

The dissolution of the Soviet Union in 1991 led to Ukrainian independence, sparking a new era of Ukrainian identity in the country. A referendum in December 1991 solidified Ukraine’s independence with 90% of the electorate voting for independence. A new government was carefully established. With Leonid Kravchuk as its first President, the sovereign nation regained a grip on its individual identity on the global stage after a long time in the shadows. The 1994 Budapest Memorandum saw Russia, the United Kingdom and the United States pledge to recognise Ukraine as sovereign and refrain from any military or economic coercion in return for it becoming a non-nuclear state. Ukraine had held up its side of the agreement by 1996 when the last of its nuclear weapons were sent to Russia for dismantling. Together with the Budapest Memorandum Ukraine also signed the NPT (the Non-Proliferation Treaty), further assuring the world that it would refrain from acquiring or developing nuclear weapons.

Internal divisions in the wake of independence

Whilst navigating its newfound independence and role in global politics, Ukraine was torn by internal political division. In 2004, Russian-backed Viktor Yanukovych won the presidential election, but amongst widespread allegations of fraud Ukrainians took to the streets and forced a revote. Those events of 2004 went on to become known as the Orange Revolution, leaning on the colour that represented Yanukovych’s pro-Western challenger. Eventually Viktor Yushchenko, Yanukovych’s rival who supported EU membership, won the election. Many argue Russia regarded this colour revolution as instigated by the U.S. to further destabilise the region. In 2010, Yanukovych succeeded in becoming President only to be heading right into facing another revolution in 2014. This time, the amount of protests against his administration increased enormously. The “Euromaidan” revolution, named after a central square in Kyiv, witnessed hundreds of casualties, snipers targeting and killing protesters, and violence across the centre of the city. Eventually, Yanukovych was pushed out of office by and fled the country. The tide had turned once and for all and Ukraine’s politics was to be looking to the West from there on out.

Throughout modern history, the pro-Western, Ukrainian-speaking population were largely located in the western and central parts of the country. Meanwhile, Russian-speaking communities were mostly found in the eastern and southern parts, forming a crescent-like shape from Kharkiv down to Odesa. After the Euromaidan of 2014 groups of separatists backed by Russia declared themselves independent in the Donbas region of eastern Ukraine. These are known as the Donetsk People’s Republic and the Luhansk people’s Republic and not internationally recognised by any country apart from Russia. Even though these areas in eastern Ukraine are predominantly Russian speaking, calling them for that reason pro-Russia would be a generalisation. It is evident from that the resistance Russian and Ukrainian speaking people across Ukraine are putting up since Russia’s invasion of the country on 24th February 2022 that Ukrainians are, both figuratively and sadly literally, moving West.

A pawn in a geopolitical game of chess?

An oft-cited motivation of Russia for its war in Ukraine is the debate surrounding the Ukraine’s envisaged NATO membership, an aspiration which is even enshrined in the Ukrainian constitution. Throughout the 1990s and 2000s, NATO grew eastwards, including the joining of former constituents of the Soviet Union such as the Baltic states of Latvia, Lithuania, and Estonia. NATO has voiced its intention to welcome Ukraine as a member since 2008, much to Russia’s protests. Ukraine is the second-largest state in Europe by area, only trumped by Russia itself. A NATO member or even just NATO-allied Ukraine would allow for an expanded alliance of Western states to spread their power along one of Russia’s most critical borders. For Russia, this has always felt like a tremendous threat. For the US and Western Europe on the other hand, NATO membership is seen a means to guarantee the Western, democratic way of life and better secure its own security.

As most of Europe, Ukraine has a complicated and conflictual history that continues to impact the country to this day. Its geopolitical role is primordial to both Russia and the West, but it stands strong in its own way, with its own goals. Whether it is strong enough for the Russian superpower is something only time will tell. 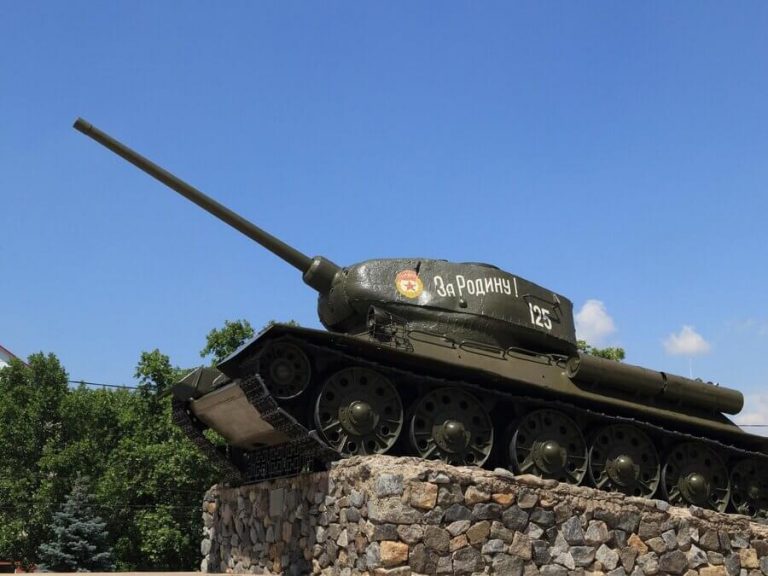